Discovering the hidden power of Git in Barcelona

Last month, iCapps’ web development team went to Barcelona. Not to enjoy the nice weather and vibrant city life, mind you: we were drawn there by the relatively unknown Git Merge Conference. Git Merge is an event about all things Git. We all use Git on a daily basis but we were surprised by what we didn’t know yet.

Git is a version control tool which enables developers such as ourselves to keep track of the changes we make to our projects. We noticed there would be a Git Merge conference in Barcelona on the GitHub website, and decided to go there since it seemed a nice change of pace from the usual developer conferences.

The first day of this two-day conference was all about hands-on experience, resulting in a busy schedule filled with workshops. During these interactive workshops, we learned how to optimize our use of Git. Because of the small size of the conference and of the groups attending the workshops, the experts really had the time to listen to our input and go from there.

As an example, we discovered how we could use aliases in the Git tool to automate a lot of the necessary input. We knew the technology existed, but we never imagined its true potential. This knowledge is easily implemented into our daily workflow, and immediately increased our efficiency.

The second day of the conference, we had a chance to listen to a lot of inspiring keynote speakers. The most eye-opening of all was perhaps the session with Derrick Stolee and Johannes Schindelin from Microsoft. They talked about Git for Windows, and how they reached more than one million commits in no time. In comparison, we average about 100 to 200 commits a day when working on a big project.

The Git Merge conference was not only aimed at developers. A lot of use cases were aimed at people with different professional backgrounds, such as marketeers or graphic designers. We were surprised to learn how versatile Git actually is.

We saw examples of use by graphic designers and even Git implementation in sales and marketing departments. This new knowledge can benefit everyone at iCapps. We already shared our findings with our colleagues and noticed a lot of interest, even from our less technically educated co-workers. Thanks to the open iCapps culture, there is a lot of room at our company to experiment with these types of improvements.

We estimate that the Git Merge conference was attended by 200 to 300 people, which isn’t that much compared to other events we’ve attended. As a pleasant side effect of the limited scale, the conference was held at a beautiful site adjacent to the museum of contemporary art in downtown Barcelona. If you take into account the beautiful Catalan sun which allowed us to enjoy our first cafe terrace of the year, it isn’t hard to imagine how this conference wasn’t only insightful but fun as well. 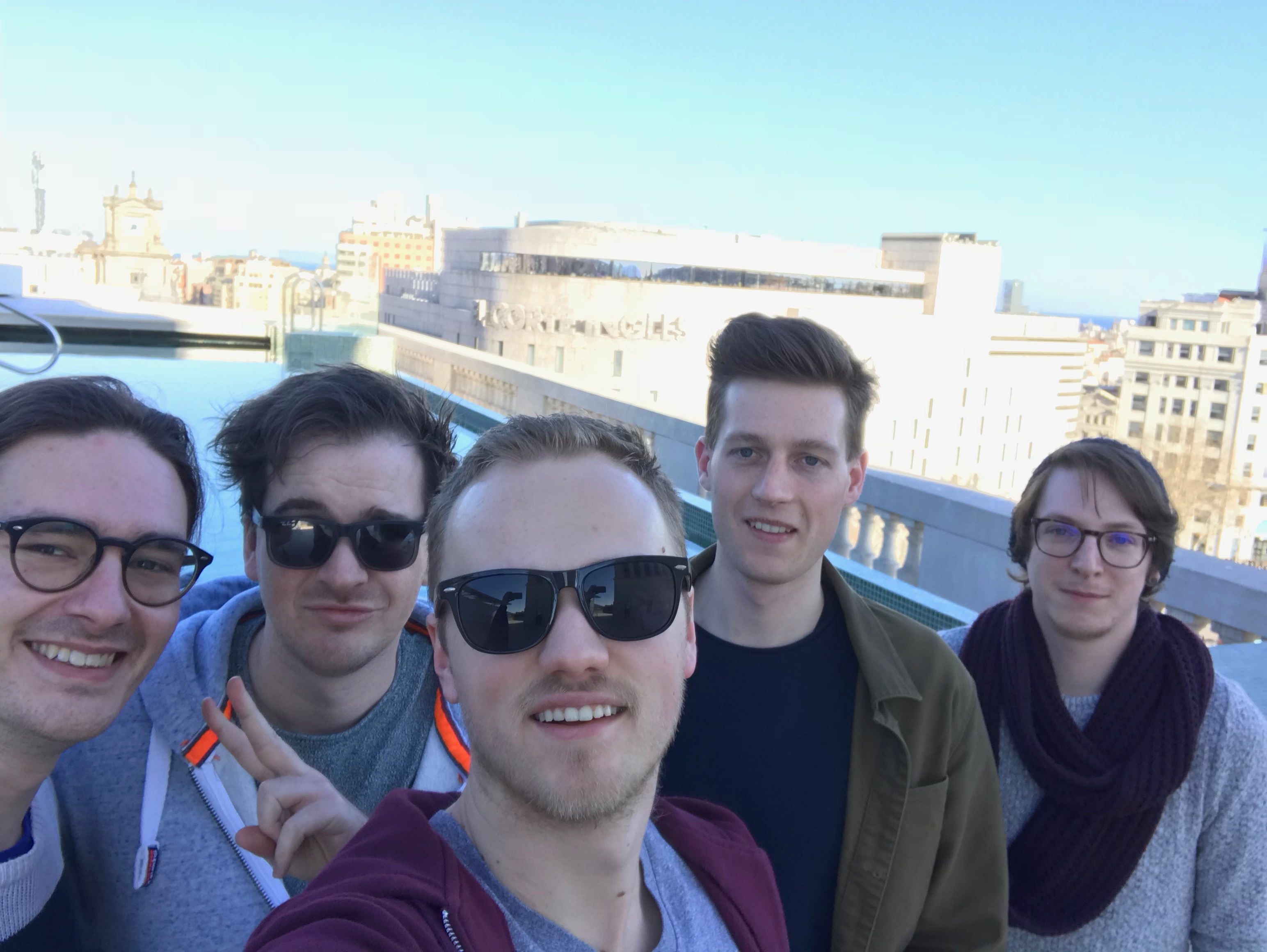 Our icapps for good hackathon really made a mark