After conquering “The Pirata 2017” and “Les Trois Ballons 2018”, this year the icapps cycling team decided to go for the “Marmotte”.

In the months before the start we were training very hard and challenging each other in our Marmotte Slack channel at work. During these months, a lot of misfortune tried to hit us hard. Kristof got injured and had to cancel his trip. Willem had a severe car accident but got off with a fright. Dimitri got wheel issues and needed to order new ones the day before we left. Filip got almost hit by a bike riding home from his last training. Tom was spending the days before the ride in the Ardennes and had over 600km in his legs and a painful butt ;-). Finally, after two months of cycling inactivity, Jelle dusted off his bike (hoping for the best). Bad luck in advance means good luck during the game, no? 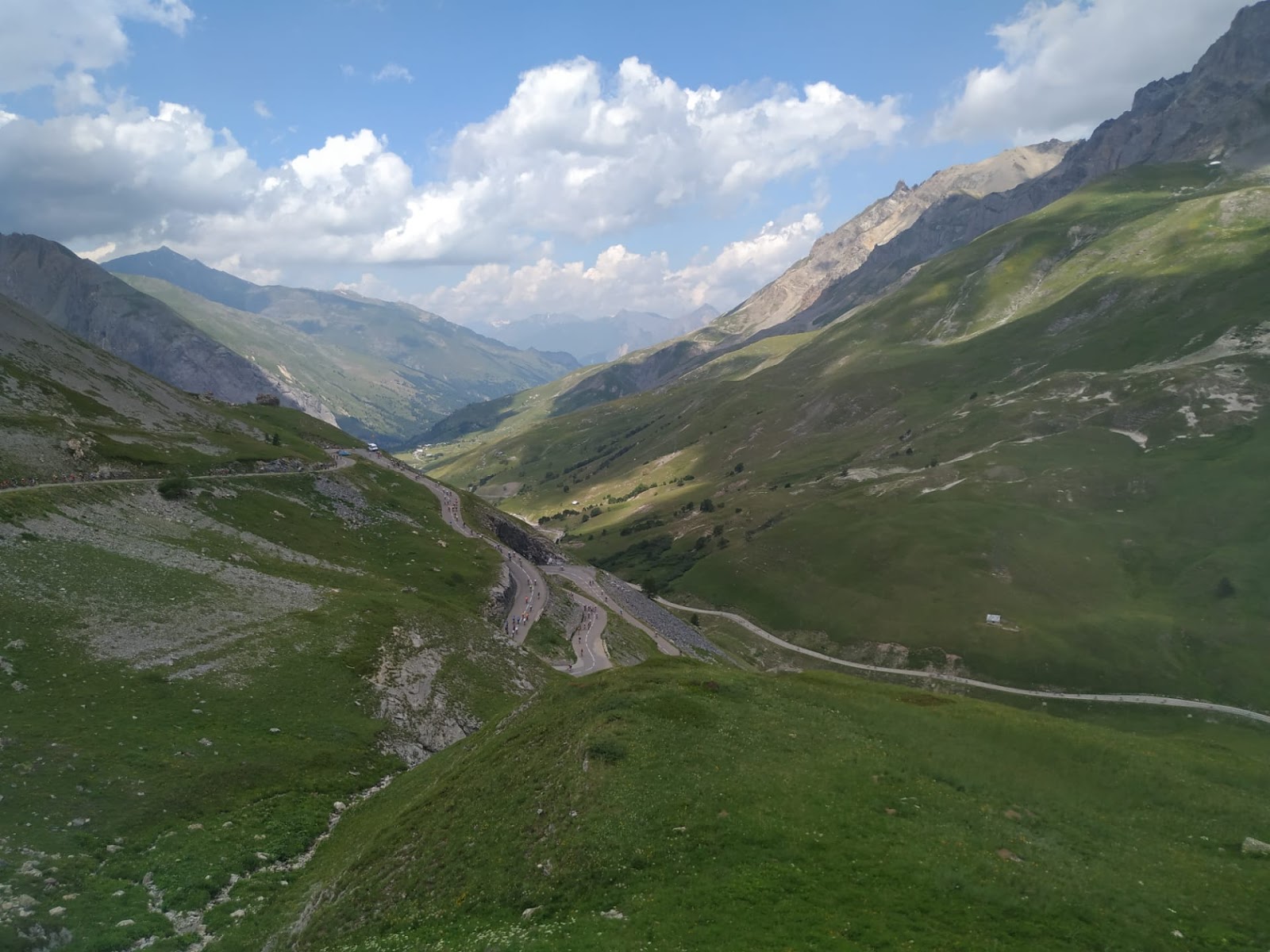 As you can see, nothing could stop us from going South and so we did. On Friday noon, July 5, we left for a 9-hour car trip to Bourg D’oisans. In the evening we arrived at our cozy Airbnb, facilitated by icapps, in the middle of Bourg d’Oisans. Which is around 500m from the start.

On Saturday we had a nice breakfast with Dimitri making us eggs and bacon. In the afternoon we went for a small ride to “loosen up the legs”. After we first relaxed a little, we enjoyed some homemade spaghetti from Jasmien (Dimitri’s wife).

On the day of the ride we got up before 6 AM and we had an energizing breakfast. Together, we left the house at 7:20 AM and followed the other cyclist to the start. It was amazing to see all of the 7500 cyclists on the road. The night before the start, it had been raining and the temperature had dropped a lot. So the cycling conditions were perfect. Let’s go! 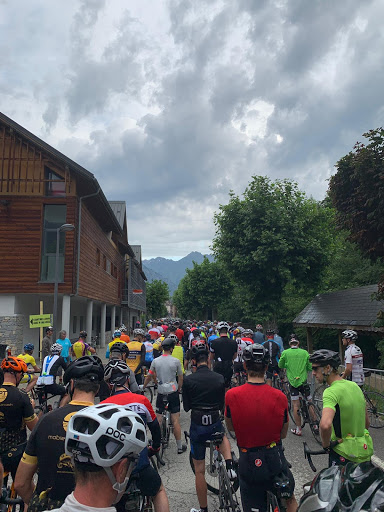 We took off as a team but after a few kilometers we took the road at our own pace. The first climb was the Col du Glandon, 25km long and reaching a height of 1.915m. Unfortunately, we lost a lot of time at the top of the Glandon while getting food and drinks because the volunteers could not keep up with the huge crowd of cyclists that had gathered there.

The second climb was the Telegraphe, a consistent climb of 1.561 meters high, followed by a 5km descent to the start of the Galibier. 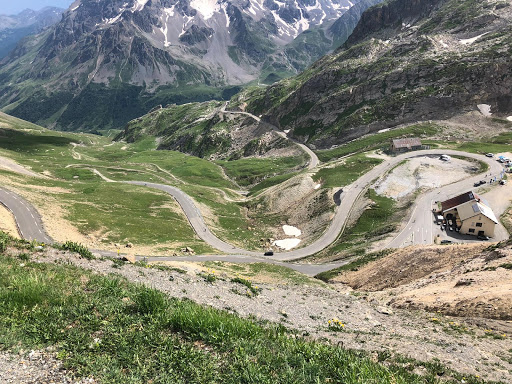 The Galibier started off easy but the last 5km were a real challenge with a climbing grade of 12%. Nevertheless, we all agreed that this was the most impressive part of the trip thanks to the many beautiful views. At the top of the Galibier (2.623m) it was chilly and very windy, which made the first eight kilometers of the high-speed downhill trip(to the col du Lautaret) challenging and risky. After this refreshing descent with 6 tunnels, it was time to start with the final climb, Alpes D’Huez.

It took us 14km and 21 turns to get from Bourg d’Oisans to the top of the Alpes D’Huez. A lot of people were “dying” in this last climb, walking next to their bike. The first 3km to La Garde had a climbing grade of over 10%. Which made it heavy for all of us, especially because we already had 160 km in the legs. 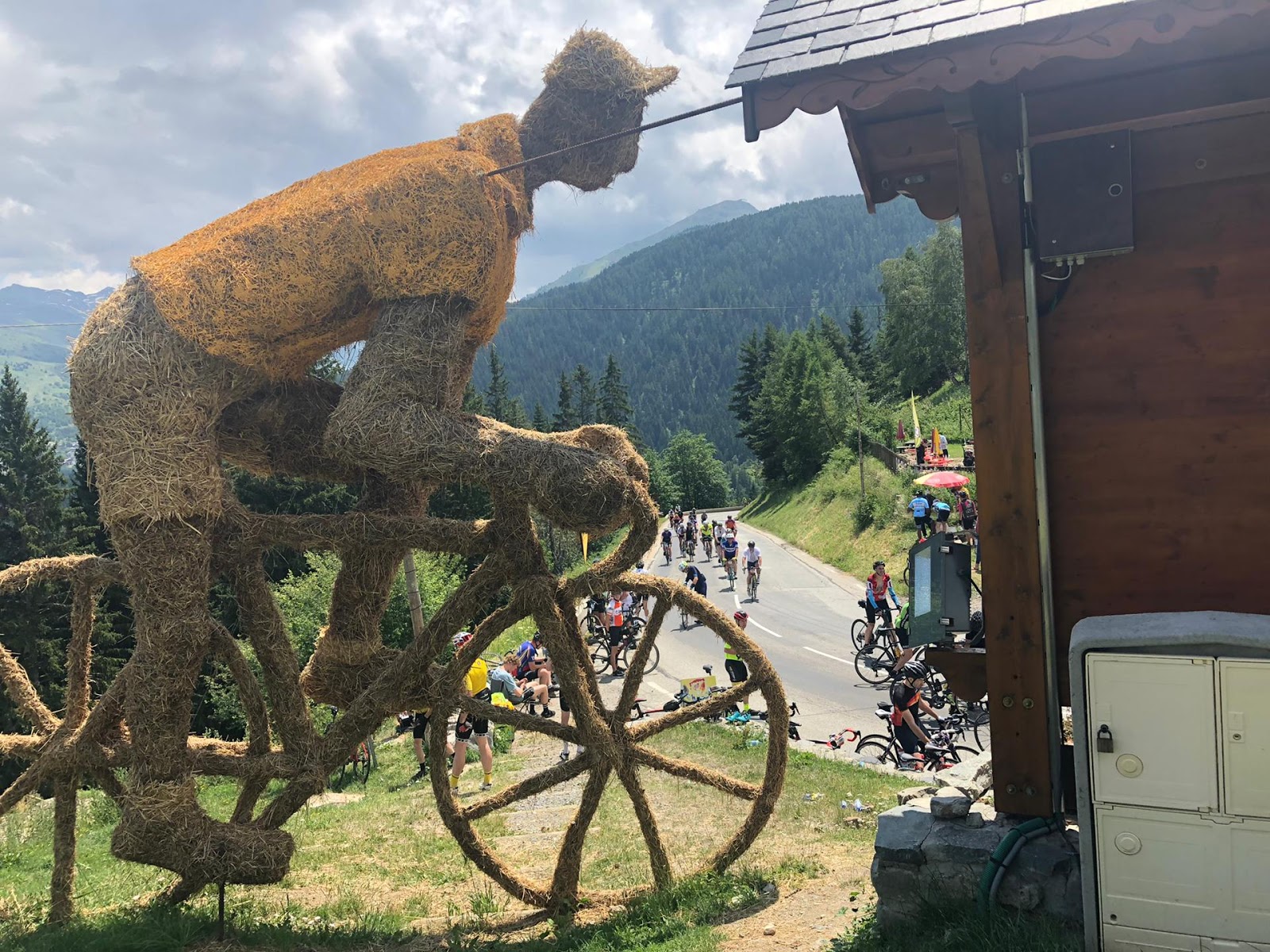 The 173 km and 5.000m elevation made it a very tough race. We have a lot of respect for all of the participants. The extraordinary effort and the fact that we rode the legend made a lot of people emotional at the finish. It was very touching to experience. As a team, we are very proud of what we achieved yesterday.

Back home we went out for our team building dinner in La Romanche. We had a lot of fun and afterwards we watched Vive Le Vélo.

Thank you icapps for facilitating the registration and the accommodation and for offering the cycling team another fantastic experience. We have not yet decided what we will do next year, but we hope to persuade more colleagues to participate in our next exciting cycling event! 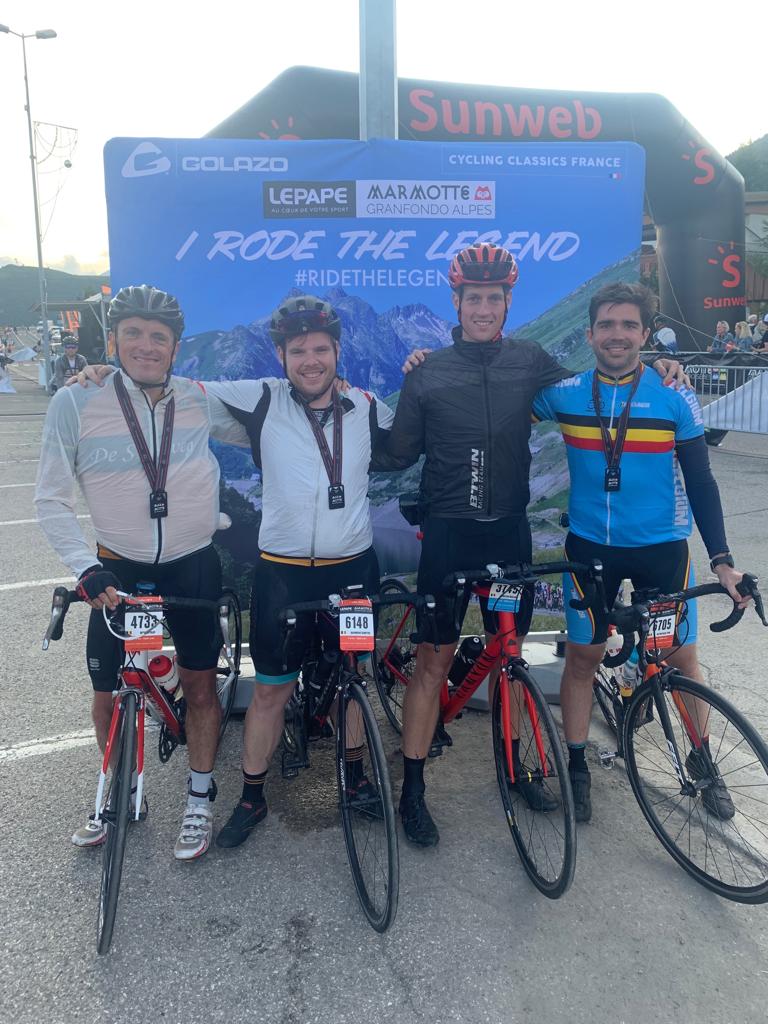 User experience of your daily frustrations: The Netflix interface

Today is International Popcorn Day, and what other link makes more sense than the link between popcorn and movies? Since we haven't been able to go to the movies for a while during corona, many people have started to rely on streaming services. One of them is Netflix. Everyone knows Netflix, and we're pretty sure everyone has used it. On Netflix, you can stream almost anything, anywhere. You can watch series and movies online or download them to your iOS, Android, or Windows device to watch your favorites even offline. Although it is one of the most well-known and used streaming platforms, we still notice a few things that don't deliver the ultimate user experience.

In 2021 we launched the icapps DNA, a set of skills and “features” we would like to see in each and every icapps colleague. So far, so good. All of our colleagues really nailed it, one-for-one they are so precious to our company, real assets, the most dedicated employees you can imagine. Since going that extra mile is very much appreciated, we wanted to start rewarding this. That’s how we came up with the idea of the iAwards, the Oscars of icapps if you want. All of our colleagues got the chance to vote, so let’s see who landed one of our precious iAwards.